Does a national emergency give elected and non-elected officials the right to violate the Constitution of the United States?

I believe that the framers of the Constitution understood that our country would have to endure national emergencies and this is why they built the Constitution in the way that they did.  If every time there is a national emergency like a pandemic, we throw away the Constitution, we are opening the doors to tyranny where a small group of people can oppress and control the whole country. And this cannot be allowed. If the founders could see the ways in which their masterpiece is being misused and distorted, they would weep for what has become of our Great American Experiment.

A good example of the over reach of American rights is The Executive Order. These orders are written by The Executive at either State or Federal Level, quite often written hastily and without a lot of thought. An example of this is the Gov. of the state of Michigan, Gretchen Whitmer, has written an Emergency Executive Order, to Shelter in Place for 30 days. Beyond that the state representatives must vote to extend the stay at hone order. Gov. Gretchen Whitmer has taken it upon herself to extend the order on her own without a vote from the State legislature, which is the people’s representatives. This goes against the State Constitution. For violating the state Constitution, she should be removed from office.

Now let’s talk about the Mayor of New York City, Bill de Blasio. He threatened Orthodox Jewish leaders with arrest over their rights to have a funeral.

Mayor de Blasio tweeted on Apr 28, 2020 an 8:35 PM “My  message to the Jewish community, and all communities, is this simple: the time for warnings has passed. I have instructed the NYPD to proceed immediately to summons or even arrest those who gather in large groups. This is about stopping this disease and saving lives. Period.”

This shown Mayor de Blasio’s complete disrespect to the religious freedoms under the Constitution of the United States. It also reveals the Mayors Anti-Semitic views. I can give a number of examples of Mayors and other local officials literally asking their police depts to write down the license plate numbers of those people who are trying to engage in their religious practices, such as going to church. This is a blatant violation of the First Amendment.

The mayor of Chicago Lori Lightfoot is a good example of people attempting to take away your right to Freedom of Speech. By monitoring Facebook posts, looking for any comments about people possibly gathering and threatening to arrest them just for talking about an idea. This is a clear violation of the First Amendment. And a glaring example of her hypocrisy is going out to have her hair styled during her own Shelter in Place order.

The sad part about this whole pandemic thing is Americans will do their part in a National Emergency without being threatened or having their Constitutional rights taken away from them. Throughout American History there are many examples of Americans doing their part to protect citizens and their country during emergencies, and all anyone has to do is ask. A good example is 9/11 and how this country pulled together to protect and defend America. There is no need to use draconian and unconstitutional measures just so a small group of elected and non-elected officials can attempt to expand their power and control the American People.

Join up for the Minneapolis Domains Newsletter, get all the up to date sales and coupon codes information.

Get Paid To Test Apps

Develops your Dog's "Hidden Intelligence" To eliminate bad behavior and Create the obedient, well-behaved pet of your dreams...

Stupidly Simple Technique To Make Men Obsess Over You 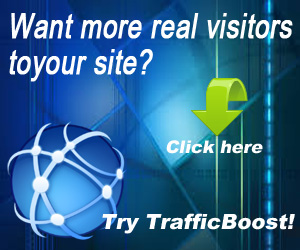